Sometime around March last year I got an email from ACX, the company behind Audible, telling me that their previous ban on UK authors sending recordings to them was now lifted. I was delighted, and immediately set about recording an audio version of one my books A Game of Proof. It would be easy, I thought. Just get a decent recording device, start readings, and hey presto! There you are.

How little I knew! I started with a small Sony handheld recorder, cost about £50. Pretty good, actually for what it is, and the ACX people were fairly polite about the sample. But even though I made a lot of effort, trying to cut out the echo from hard surfaces by draping my study with towels and curtains and duvets until it looked like the site of a teenage sleep-over – the recorder really wasn’t good enough. I had to invest in some serious kit, I realised.

It was immediately clear that this setup produced a MUCH clearer sound than the little Sony, smart though that was. The trouble was, this microphone is so sensitive that it records everything – a tractor ploughing a field half a mile away, a passing plane, birds singing in the garden, all sorts – including the hum of the computer fan. So we couldn’t have the mike in the office with the computer, we realised, and we had to find the quietest possible place in the house.

By ‘we’ I mean myself and the actress, my beautiful, talented and very patient wife Susan Edmonds, without whom this project would have been impossible. I don’t know anyone who can read as well as her, and even if I did, no one else would put up with reading 44 chapters, some of them two or three times over, while the trainee recording engineer (me) struggled to learn his job and avoid fatal mistakes. Especially when I tell you that our recording studio was – guess where?

In the airing cupboard. Well, our airing cupboard is quite large, you see, large enough to walk into. And it’s in the centre of the house (no windows or outside walls) and full of soft clothing, of course – especially when we’d draped the door and  any bits of wall which weren’t already covered. So there’s not much echo, just a flat sound. And poor Sue sat in there for hours, days, months, bringing my wonderful words to life, while I sat in the study nearby watching the visual trace of her words on my computer screen.

When I say days and months, I do mean exactly that. Not all day of course but most days. It’s pretty demanding work reading aloud, if you do it properly, bringing as much drama and expression as you can to  the characters in the story. And there are some very dramatic and emotional scenes in this book. Sue was often tired and drained after a performance.

But at least her day’s work was done after she had finished reading. (Unless I asked her to do it again) My days lasted a lot longer. Because, it turns out, the work of the performing artist is only the first and least time-consuming part of the process. The ACX people say that it takes a skilled recording engineer three of four hours to edit and produce one hour of finished sound. Note the key words ‘a skilled recording engineer’. The words ‘amateur’ or ‘beginner’ are not in that sentence, are they? But that, of course, was what I was, all those months ago. I had to learn it all from scratch, reading the ACX instructions carefully and scrounging advice from anyone I could find. It’s a fascinating process, and I enjoyed it in a masochistic sort of way, but I think I must have listened to every phrase in every chapter of that book about ten times. And several chapters had to be re-recorded two or three times before we got them right. In fact, it took almost as long to record and edit the audiobook as it did to write the story in the first place.

But we did it, in the end. Last week the book was finally published on the Audible website, and is available to be downloaded. It’s not perfect, but I think – I hope – it’s good enough to be worth listening to. If there are technical faults, they are mine. But I’m sure about one thing, anyway, because I’ve listened to it many times – the actress, Susan Edmonds, reads the book very well indeed. She gives a recognisably different voice to each of the main characters, and she brings real drama and emotion to all the scenes which need it – of which there are many. And for me, the guy who wrote the tale, it’s a real pleasure to listen to it brought to life in this new way. I do hope other people enjoy it too.

You can hear a sample of the book on Soundcloud here, or on Amazon here. And if any of you download the audiobook and listen to it, please post your comments and let me know what you think.

‘Sometimes I didn’t like Sarah Newby and other times I loved her.’ Suzie Ivy (Author and Arizona police detective) Kindle 5 star review.

So what sort of a woman is she, this English barrister whom a tough American police officer disliked and loved so much? Well, in every person’s life there are a moments that shape you forever. Here are a few of hers.

Sarah was a fifteen year old schoolgirl when she met Kevin Mills, and he was seventeen. She was just an ordinary conscientious working-class girl, not particularly clever or pretty, five foot six with short dark hair. The first risk she ever took was to drink two halves of lager and lift her miniskirt for Kevin in the back of his yellow Ford Cortina; and that risk ruined her life.

The Social Services found them a council house in Leeds. It was a dreadful estate; damp ran down the walls so freely that they saw snails crawling above the baby’s cot, and the weeds were two feet high in the garden. But they were young and determined and at first it seemed like a game.

When Sarah’s father had described Kevin as a randy little sod he had been telling the exact truth and Sarah, aged sixteen, responded with delight and enthusiasm. That grubby bedroom became for a brief period their version of the Arabian Nights. In those first few weeks of marriage Sarah’s sexuality blossomed as suddenly and completely as a flower in an Arctic spring.

The first time he hit her was when she tried to discuss an electricity bill as they were undressing for bed. Sarah had read about this technique for extracting money from your husband in a magazine in the doctor’s waiting room, whose agony aunt had clearly met no one like Kevin.

So from a start like this, how did she make something better of her life?

She began an Open University degree, getting up at five each morning to study. She even protected her desk from the prying hands of children by fencing herself in with a playpen. The sight of their mother in there with her books became such a common family sight that the first time little Emily saw a monkey in a cage at the zoo she proudly informed everyone that it was ‘studying’.

Eventually she reached the Inns of Court, in London.

The two women sat together at one of the long wooden tables in the ancient Elizabethan hall of the Middle Temple, where Law Lords, judges, and eminent QCs mingled with pupils eating their required number of dinners. Lucy gazed about her in awe. ‘Is this really as old as it looks?’

‘Of course.’ Sarah was full of high spirits. It was a day of great triumph for her. ‘This is the hall where Shakespeare’s Midsummer Night’s Dream was first performed. And this is where I finally became a barrister, as well. I was called to the utter Bar.’

‘Why do they call it the utter Bar?’

‘Because we’re utterly wrong, most of the time.’ Sarah laughed. ‘You should know that, Luce – you’ve listened to me often enough.’’

She had her relaxation

Sarah loved everything about the Kawasaki – the smooth purr of the engine; the bike’s

sensitivity to the slightest shift of her weight in the saddle; the glorious freedom of accelerating to speeds that, though perfectly legal, seemed to her risky in the extreme. She loved the style of it too – black helmet, black leather clothes, black bike – and the way it marked her out, made her at once anonymous and different, her own person, not like the rest. Not a victim ever again, but a person who made things happen.

Sarah crossed the corridor to her own room, leaving her door slightly ajar, just to tease Savvy who knew what happened next. She kicked off her court shoes and took off her jacket, hanging it neatly on a hangar behind the door. Then she stepped out of her skirt. Savendra whistled softly.

But this didn’t necessarily make her a nice person. Just a clever and determined one.

Sarah smiled coolly at Terry Bateson, the tall, loose-limbed detective who had charged her client with rape. He was clearly annoyed.

‘I hear you tried to get the case thrown out this morning,’ he said. ‘How can you, as a woman, square a trick that with the search for justice?’

Sarah touched his arm softly. ‘I’m not a woman, Terry, I’m a barrister. My job’s to play the game in defence of my client. The game of proof. And when I play, I play to win.’

Then things began to go wrong

The three men heard the motorbike engine start up, cough to a crescendo as she roared out of the short drive, and gradually fade into the distance. Terry had a sense that something was wrong here, something surreal. That woman had just put the defence of a brutal rapist before the search for her own daughter.

And Sarah found herself in big trouble

Sarah stared down at the repulsive thing. The black eyeslits gazed back up at her. What did it mean?

If I’m caught concealing evidence I’ll be struck off, I’ll never practise as a barrister again. I’ll be just a mother.

You’re a mother first and last.

The lawyer’s voice in her mind was firm, insistent, rational, but the mother’s was more persuasive. It’s not a question of being just a mother, she told the lawyer’s voice. That’s not a role or a career choice you can try out for a while. It’s a life sentence.

How should she respond to a son who is accused of murder? 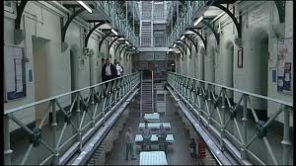 Sarah’s anger left her as suddenly as it had come. She couldn’t answer; she didn’t know what to say. She looked at her tall, desperate son, his hands manacled in front of him, and was struck dumb.

Can a mother really defend her son in court? 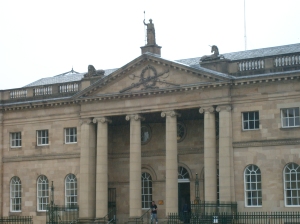 In that very last sentence, as in her first, her voice broke. It was almost, but not quite, a sob. Humiliated, Sarah sat down, feeling smaller and more useless than she could ever remember. The silence in the courtroom radiated pity.

After a long moment, the judge coughed, and faced the jury.

Is this really how it ends?

A Game of Proof

A Game of Proof Review

Indie Book of the Day Award